Gelato is an Italian cold treat and a healthier version of ice cream. It is available in a variety of flavours including the all-time favourites, chocolate and vanilla. 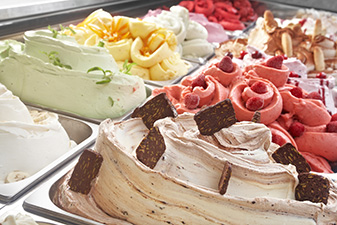 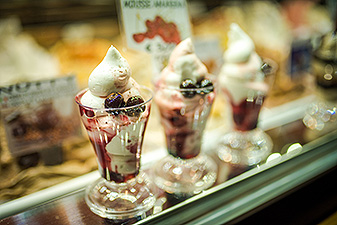 There are essentially two kinds of gelato based on their preparation:

The fundamental nutritional information for gelato ice creams depends on the type of gelato mentioned above. Since they are typically made using milk instead of thick cream, they tend to have fewer calories as compared to regular ice creams. The nutritional details vary depending upon the preparation and the ingredients used.

The caloric content of gelato depends on its type, flavour, and ingredients and toppings used. Moreover, different brands of gelato are made differently according to their specific recipe. This is why identifying the exact calorie count is difficult.

In general, milk-based gelato has the most calories per helping, containing around 240 calories as compared to the other types. A sorbet-like gelato, which is lighter, has only 90 – 100 calories for every half-cup serving.

Gelato is a Healthier Version of Ice Cream

We can safely say that gelato is a better and healthier version of regular ice creams as far as the number of calories and fat content are concerned. If you wish to have them often, choose low-fat versions over cream-based flavours. This will allow you to cut down on the calories without skimping on the taste and experience of Italian gelato.

In addition to our delicious crepes, Crepe Delicious is known for a variety of gelato flavours such as Nutella, vanilla, cookies and cream, salted caramel, and more made of the finest and freshest ingredients. We also have fruit-based options such as banana, mango, and strawberry, among others.

If you get a craving to have something cold and sweet that doesn’t increase your calorie intake, visit your nearest location and try our assortment of refreshing gelato flavours. You could also sign up for our mailing list to learn about our exclusive offers, contests, and news. We also provide catering services.